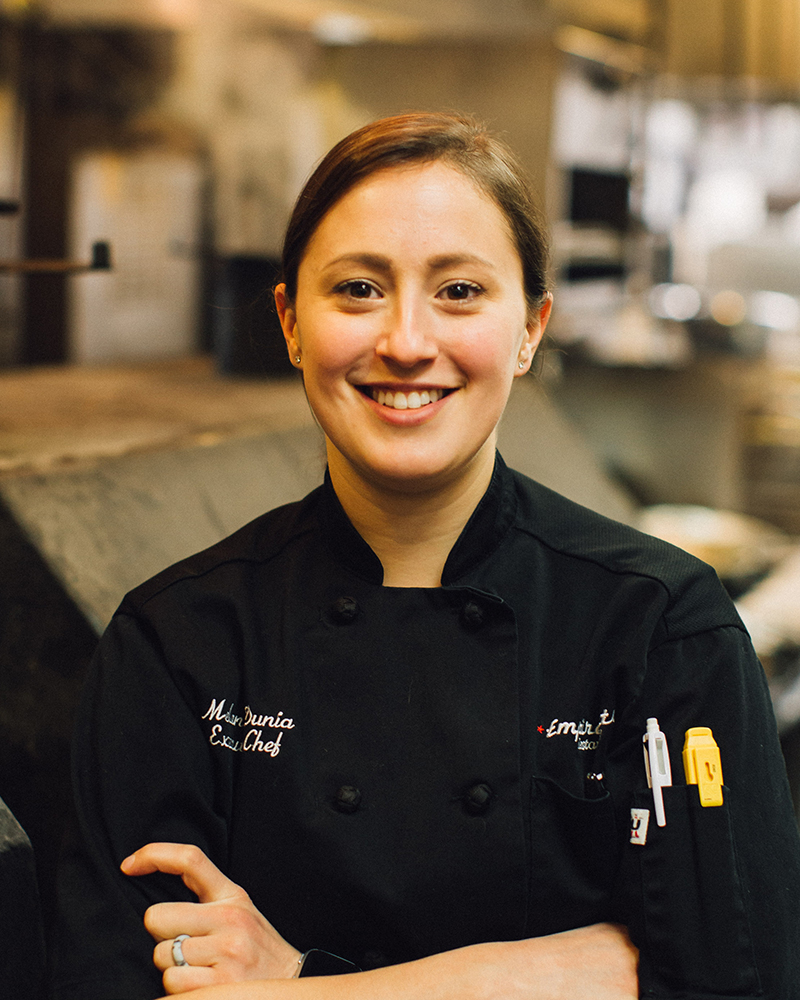 As Empire Eats’ executive chef, Chef Melanie has worked in all of Empire’s kitchens over the last eight years, assisting in restaurant operations, focusing on the back of house, training and developing chefs as well as menus and menu rollouts. She joined Empire Eats as a sous chef at The Pit in 2013, and she quickly moved up through the kitchen to become The Pit’s Pitmaster, earning her a spot on the Food Networks’ “Chopped Grill Masters” in 2018. Before joining Empire, Chef Melanie worked at Pei Wei Asian Diner while finishing her bachelor’s degree in Business Administration at East Carolina University.