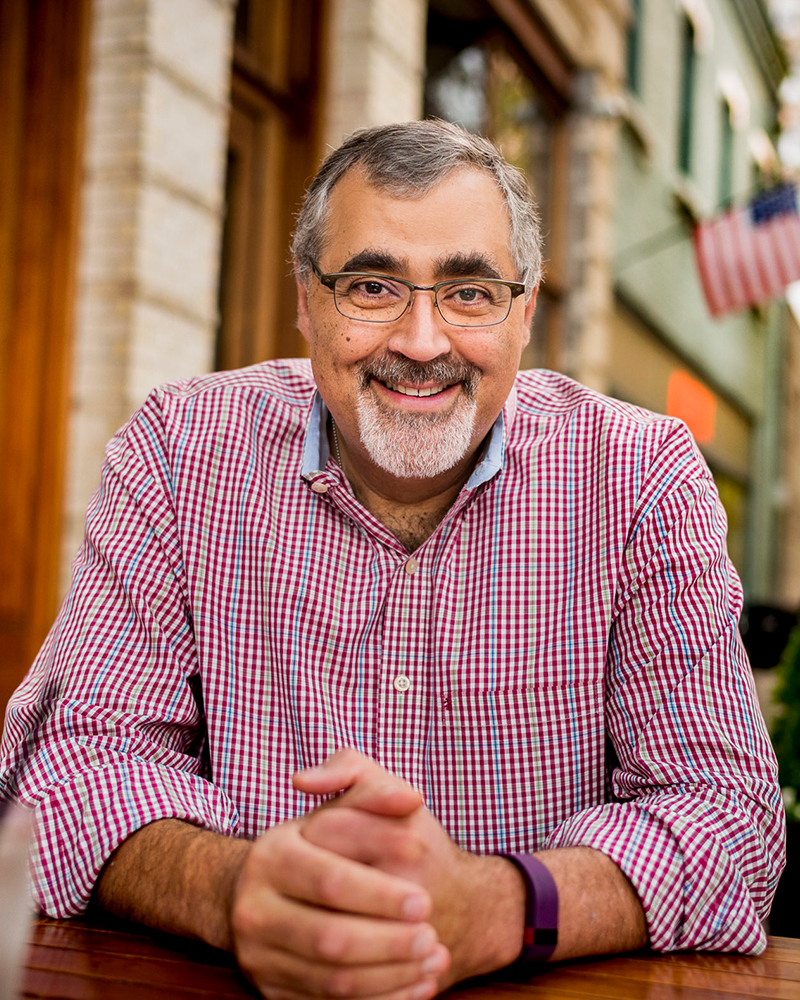 North Carolina native Greg Hatem is the inspirational visionary behind Empire Properties, which has worked tirelessly to improve downtown Raleigh.

Greg’s more than 20 years in real estate development, finance and international business culminated in 1995 when he created Empire Properties to preserve and enhance the character of downtown Raleigh. Since forming Empire, Greg has been a leader in the efforts to renew downtown through adaptive reuse of historic structures. Under his leadership, Empire Properties now owns more than 70 buildings with more than 1 million square feet of office and retail space in downtown Raleigh and Durham.

Greg also is the founder of Empire Eats, Empire’s restaurant division that has been credited with helping to revitalize downtown Raleigh by turning it into one of North Carolina’s culinary centers. This was the goal in 2002, when Greg opened his first restaurant in downtown Raleigh as a tool for revitalization. Empire Eats has since added The Raleigh Times Bar, The Morning Times, The Pit Authentic Barbecue, with locations in Raleigh and Durham, Sitti, Gravy, The Pizza Times, the Mecca and Square Burger. Greg has been the creative force behind the restaurants, coming up with the concepts for all of the Empire Eats brands. He also has been involved in recruiting chefs, financing, design and decor and non-traditional marketing for the restaurants.

Greg and the company’s tremendous efforts to revitalize downtown Raleigh have been recognized locally and nationally. The City of Raleigh has given Empire its Sir Walter Raleigh award seven times for work on various rehabilitation projects, including the renovation of All Saints Chapel, an 1875 church that Empire saved, moved to a new location downtown and then restored. In 2004, The News & Observer named him “Tar Heel of the Week.” The Triangle Business Journal in 2005 awarded Empire Properties its Edge Award for Best General Contractor in an Urban Environment. The company was given the L. Vincent Lowe Jr. Business Award by the Historic Preservation Foundation of North Carolina for its preservation work in 2006, and in 2007 the National Housing & Rehabilitation Association gave Empire Properties its prestigious Timothy Anderson award for Excellence in Historic Rehabilitation on the historic Heilig-Levine complex.

Empire also has received four Capital Area Preservation Anthemion Awards for its restoration efforts. Preservation North Carolina has awarded Empire for its vision and creativity in preserving and protecting the state’s architectural resources. Triangle Commercial Real Estate Women has recognized Greg and Empire for its work restoring downtown Raleigh with three awards since 2006, including the most recent, the Resilience Award for Empire’s efforts to continue to grow and thrive despite the difficult economy in 2009. The Triangle Business Journal in 2008 awarded Empire with its Green Award for efforts to build the state’s first U.S Green Building Council LEED Platinum office in the Heilig-Levine complex.

In 2010, Greg was given the Creative Thinkers Award by the Carolinas Chapter of the Counselors of Real Estate, and the Design Guild at NC State’s College of Design gave Greg its Design Guild Award for his work in downtown Raleigh. In 2019, Greg was inducted into the Raleigh Hall of Fame for his efforts to revitalize downtown Raleigh.

The company and its leaders have been featured in The New York Times, North Carolina Business, Business Leader magazine, Construction Today, Triangle Business Journal, The News & Observer and Kiplinger magazine for their restoration and revitalization work in downtown Raleigh. Empire Eats restaurants have been in magazines such as Southern Living, GQ, Gourmet and Men’s Health, and on television shows such as “Good Morning America,” “The Today Show,” “The Early Show,” “Throwdown! with Bobby Flay” and “Man v Food.”

Greg serves on the N.C. Public Health Commission and the N.C. Entrepreneurial Commission, and on the boards of the Moise A. Khayrallah Center for Lebanese Diaspora Studies and NC Theatre. He is an active assistant scout leader in his children’s BSA Troop 325. He is a past board member of the Tryon Palace Commission, the N.C. Museum of Natural Sciences, WakeUP Wake County and the Downtown Raleigh Alliance. He has served as a board advisor for Preservation North Carolina and the Raleigh Historic Districts Commission. He is a founding member of the North Carolina China Center and is on the advisory committee for the Occoneechee Council Eagle Scouts (Eagle Scout, 1978). Greg also was involved in the Livable Streets Partnership, Fayetteville Street Visioning Team and Downtown West Gateway Task Force and was the former co-chair of the Southeast Raleigh Assembly.

A native of Roanoke Rapids, N.C., Greg has a bachelor’s degree in chemical engineering from N.C. State University and a diploma in Chinese studies from Beijing Youth Politics College.