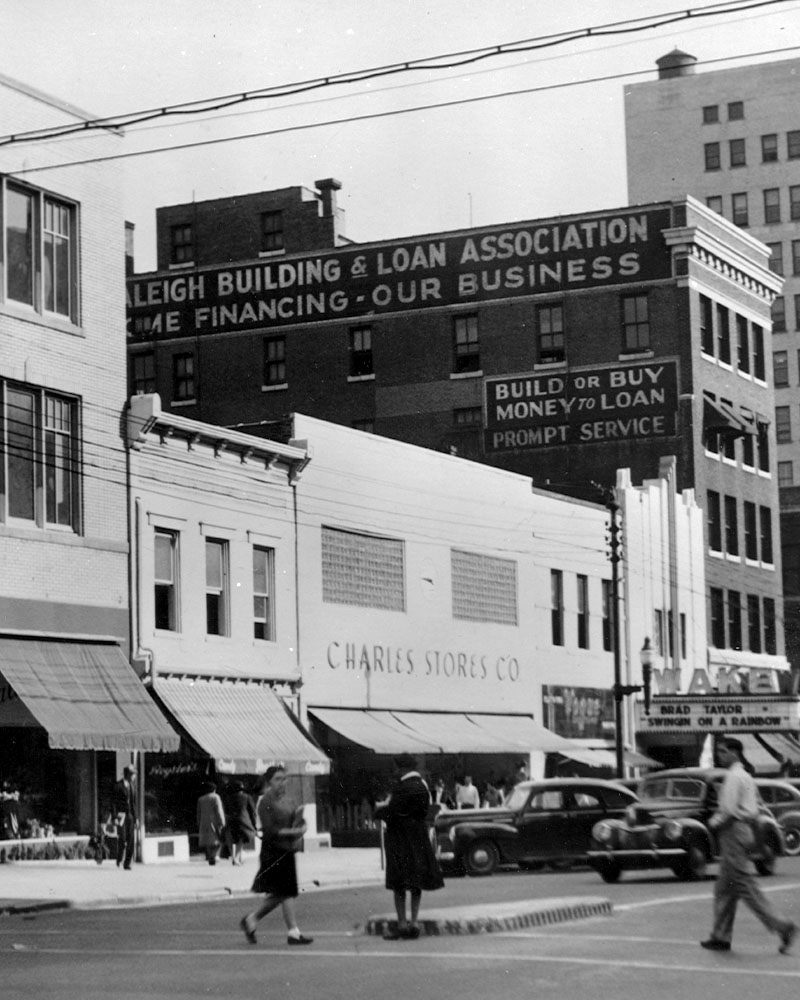 Located in the heart of downtown Raleigh, the 213 Fayetteville Street building has had a storied history, beginning in 1915 when it was built for The Almo Moving Picture Theater, one of Raleigh’s first movie theaters. Almost a decade later, the Almo theater closed - some say because of a fire - and the two-story brick building became the home to a variety of retail stores throughout the decades, including Vogue clothing store and more recently, Holly’s Hallmark. In 2006, the building went through an extensive renovation, including the addition of an exterior stairwell as well as a new basement and a third-floor mezzanine. The basement became the perfect location for Foundation, an underground bar that opened in the space in 2009 and quickly became a popular watering hole on Fayetteville Street. Today, the ground and upper floors are home to various office tenants. Empire Properties bought the building in 2022.