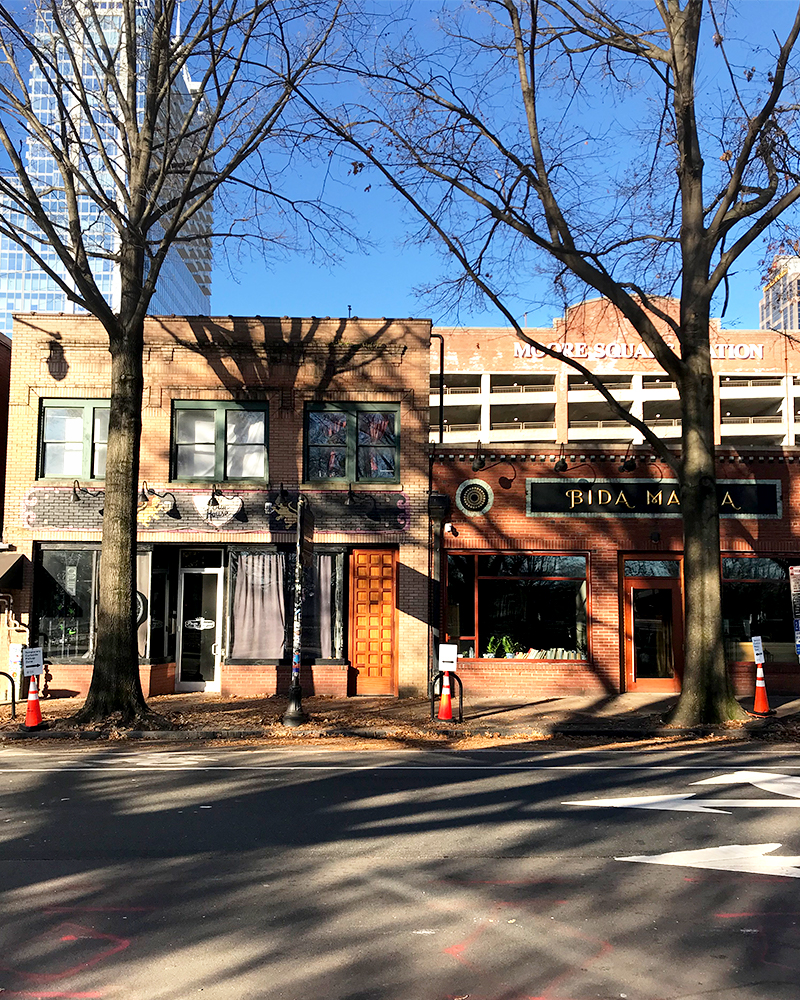 The brick-faced buildings at 222 S. Blount Street and 224 S. Blount Street were originally constructed in the 1920s and 1930s, and are contributing resources in the Moore Square National Register District. Indeed, they face Moore Square from across Blount Street, and are inextricably linked to the vitality that the square—a signature Raleigh destination, redesigned in 2019—provides to the City. These buildings were purchased by Empire Properties in 2000. Since then, 224 S Blount has operated continuously as a music venue. Empire engaged in a historic tax credit rehabilitation of 222 S Blount Street in 2002, and that building has since operated as restaurant space.