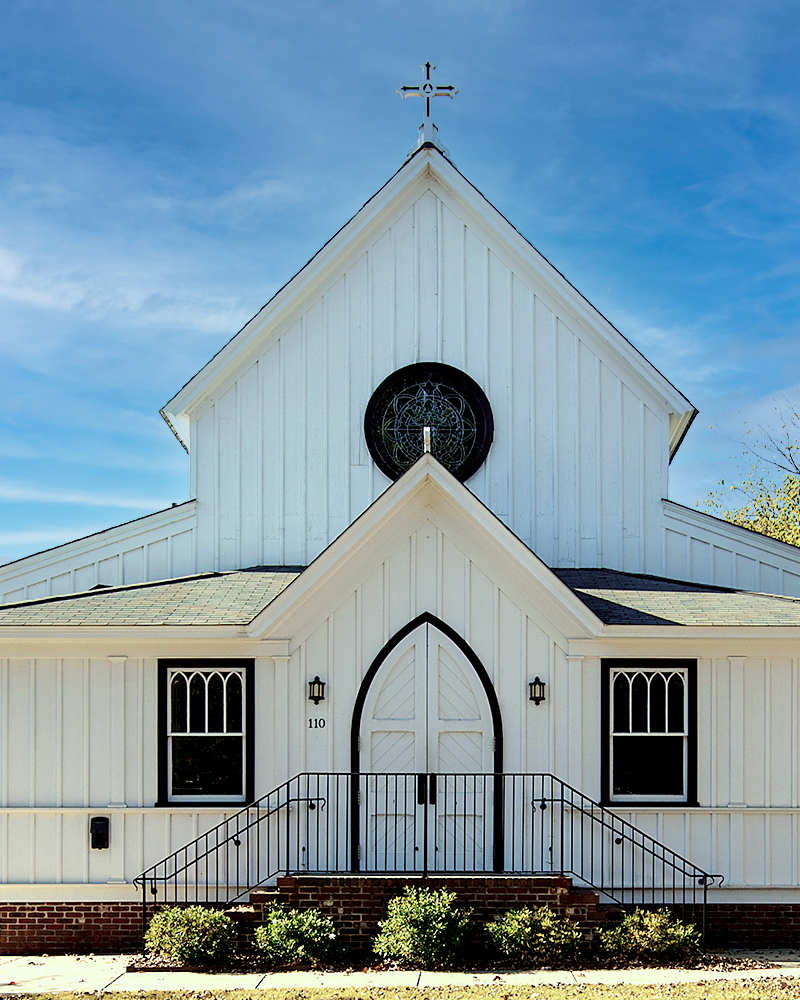 In 1874, envisioning a chapel with European grandeur on a smaller scale, Reverend Johannes Adam Simon Oerte built the Episcopal Church of the Good Shepherd. The chapel was built in a gothic cross configuration, which is highlighted by five clerestory windows on either side of the five-bay nave. The chapel has cathedral-like ceilings, stained-glass windows, and pointed arches. It is one of only two examples of the Carpenter Gothic Revival style architecture in Raleigh.

By 2006, the chapel was in poor condition and slated for demolition. Empire Properties stepped in to move the church across the city, from Morgan Street to S East Street. Following the move, Empire completed a historic tax credit rehabilitation to restore the chapel to the original grandeur. Today, the chapel continues its long history of gatherings, serving as a venue for weddings, corporate events, and other gatherings.

Not available for long-term rentals at this time, but please ask us about event rental options 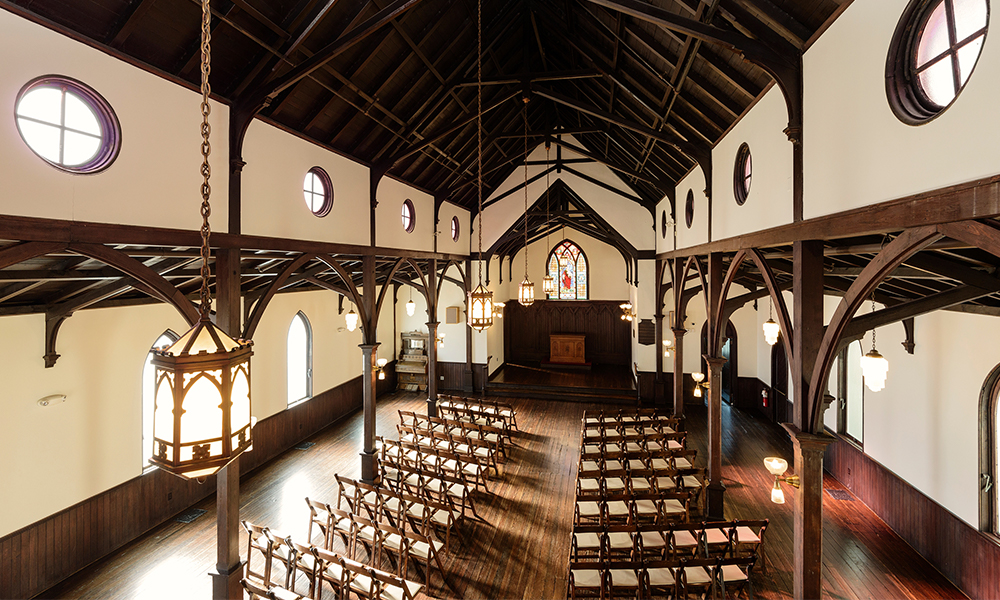 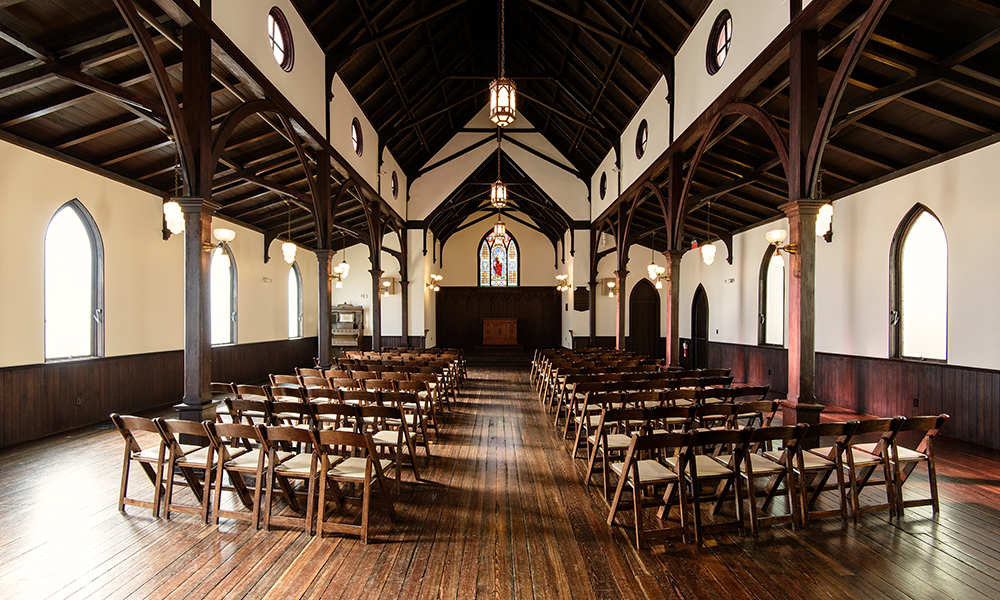 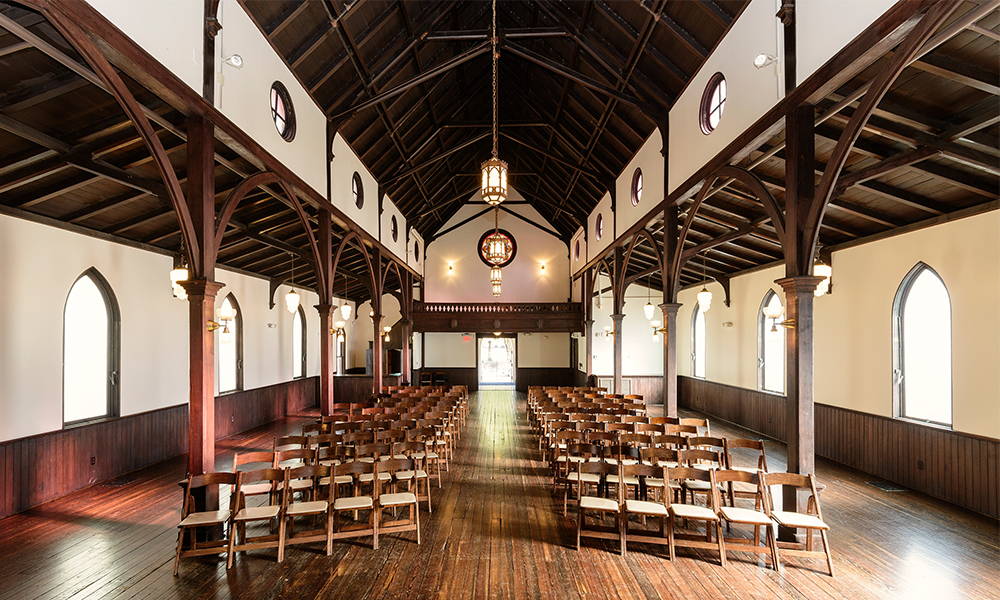 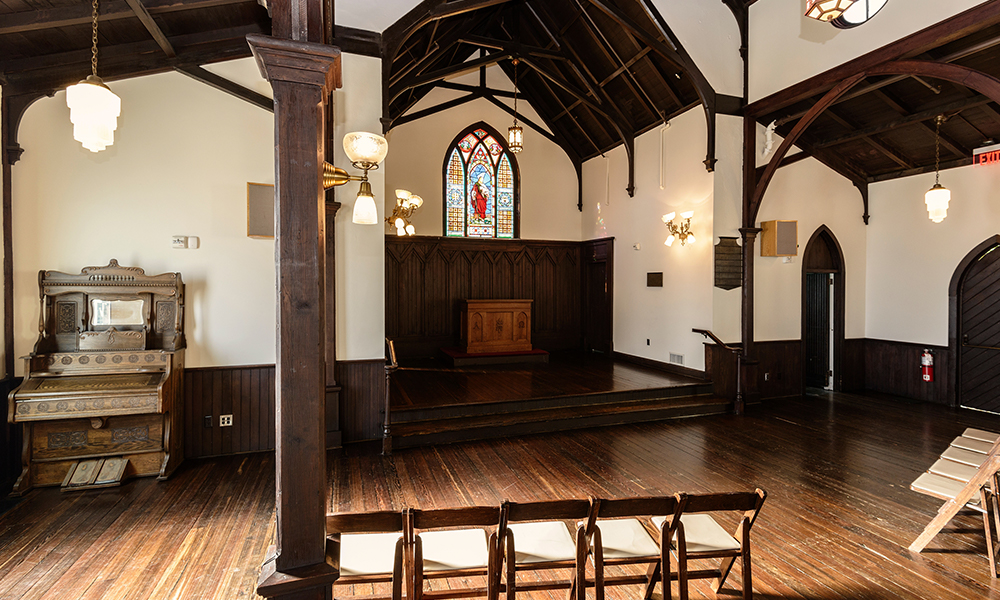 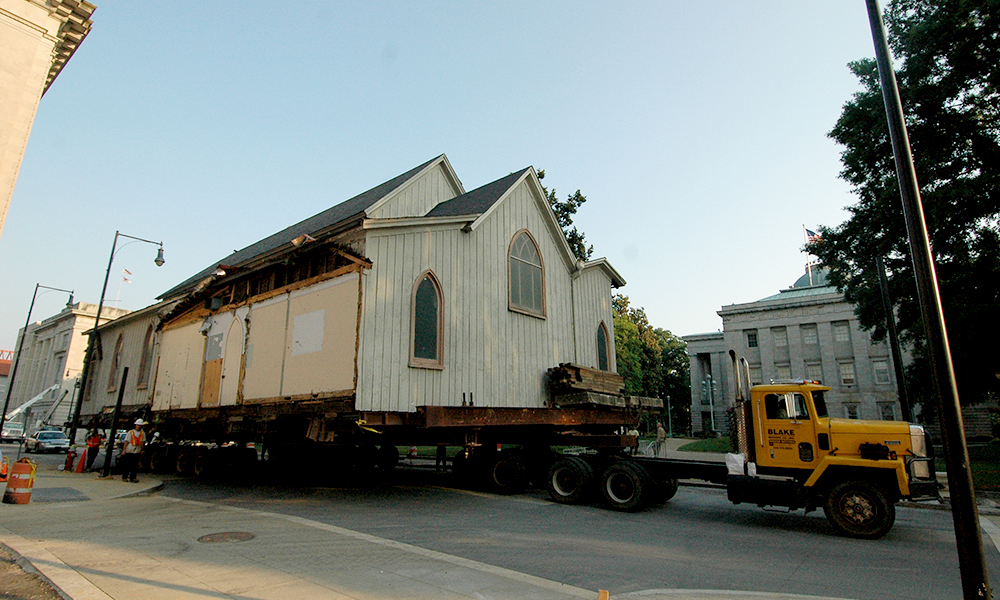 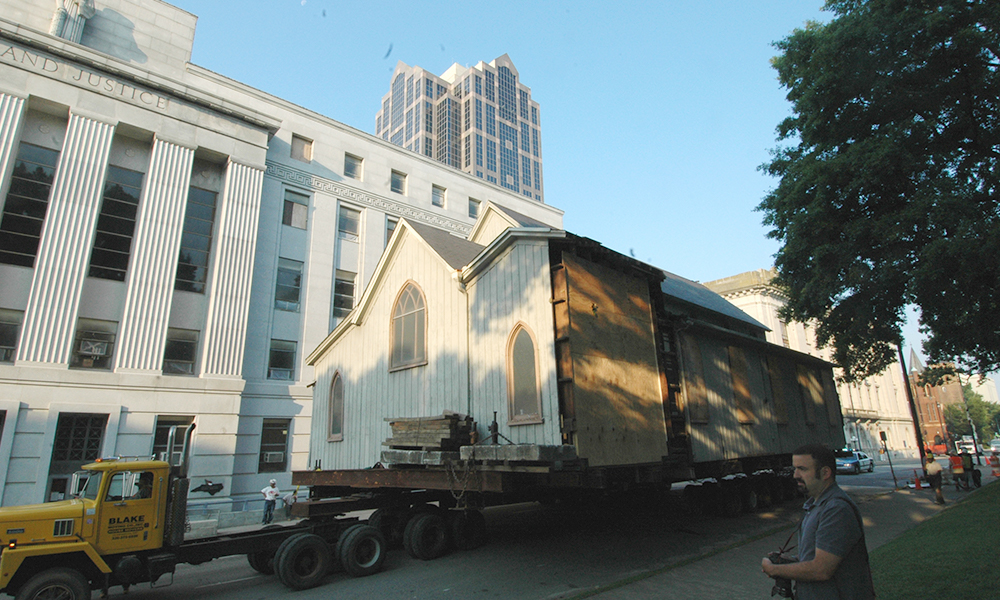 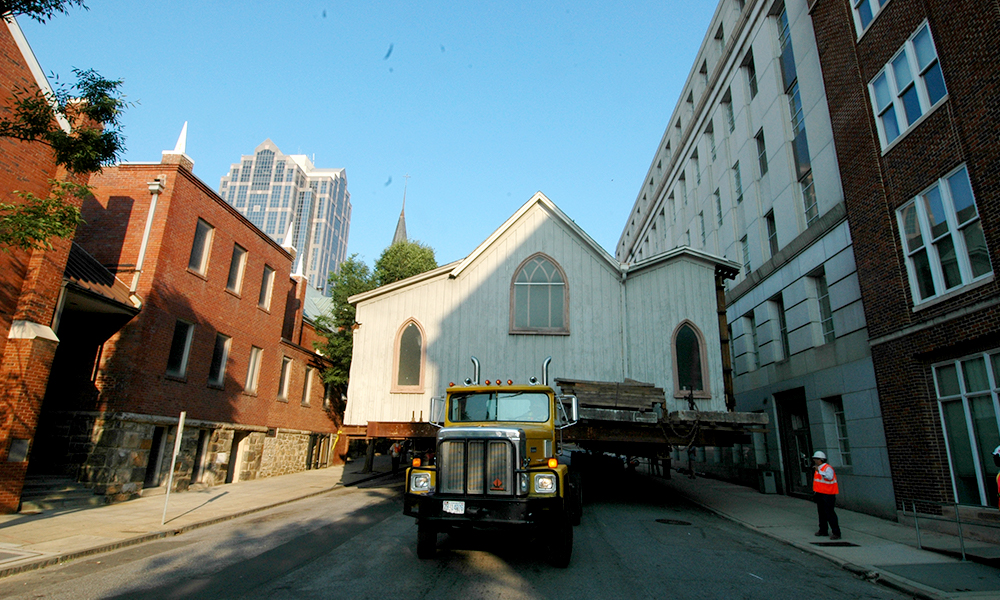