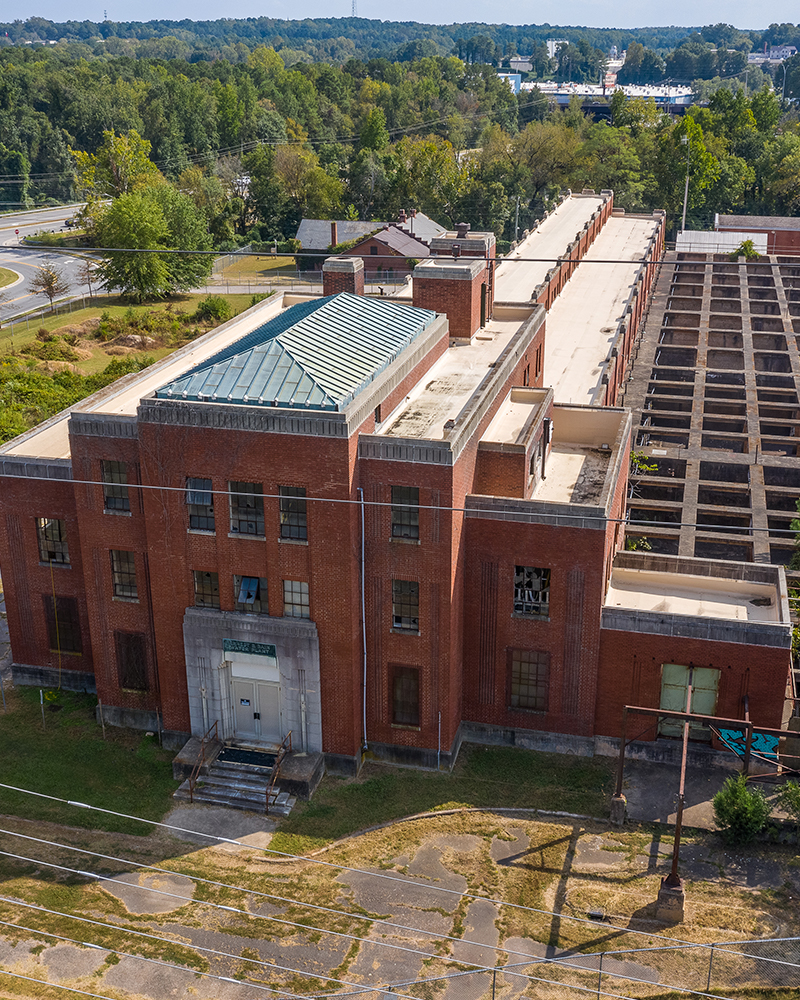 The cultural and architectural significance of the E.B. Bain Water Treatment is immense. The construction of the plant in 1939-1940 allowed Raleigh to serve a larger population with City water, and illustrated Raleigh’s transition from town to small city (and expansionist mindset). Architecturally, the plant used Public Works Administration funding to make a functionally utilitarian building soar with Art Moderne and Art Deco design, rhythmically deployed across 40,000 square feet.

The 1940 plant is composed of a three-story head house that once served administrative functions, in front of a long operating wing. Entering the head house, one is greeted with a spacious 2-story open area with a monumental stair and open mezzanine featuring cast-iron railings and oak handrails. Original details—light fixtures, crown molding, scored plaster walls, glazed tile wainscotting—are intact and imbue the space with significant historic character. The spectacular operating wing extends on a platform from the head house. Arcades on each side of the platform overlook pump rooms and filter galleries on each side. This wing also possesses its original finishes, all of which are highlighted by abundant natural light provided by clerestory windows on both sides. Situated adjacent to the Caraleigh neighborhood, this building is poised for a second life, rehabilitated into retail, office, or some other use that will activate this hidden gem of downtown Raleigh. 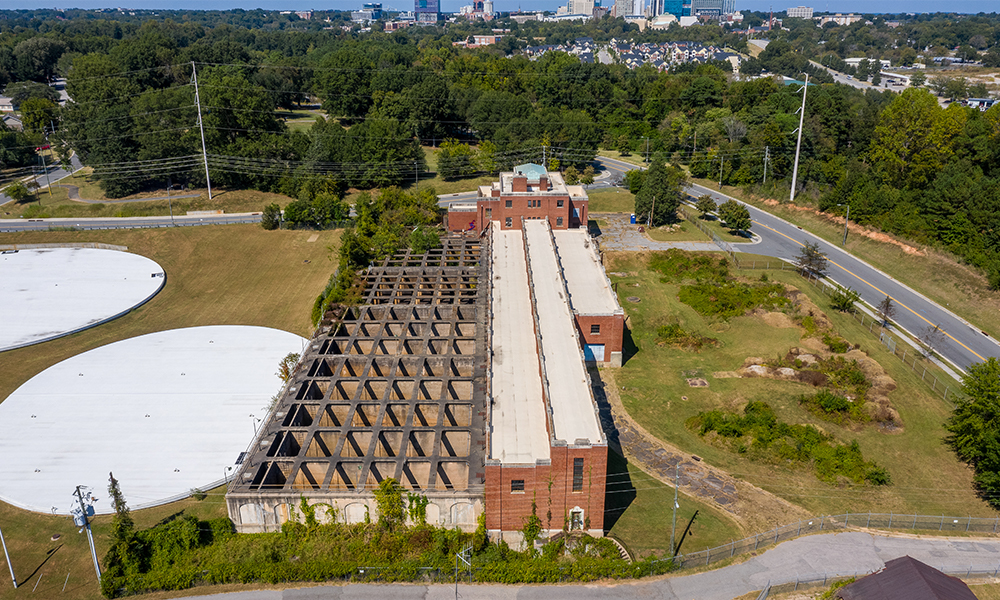 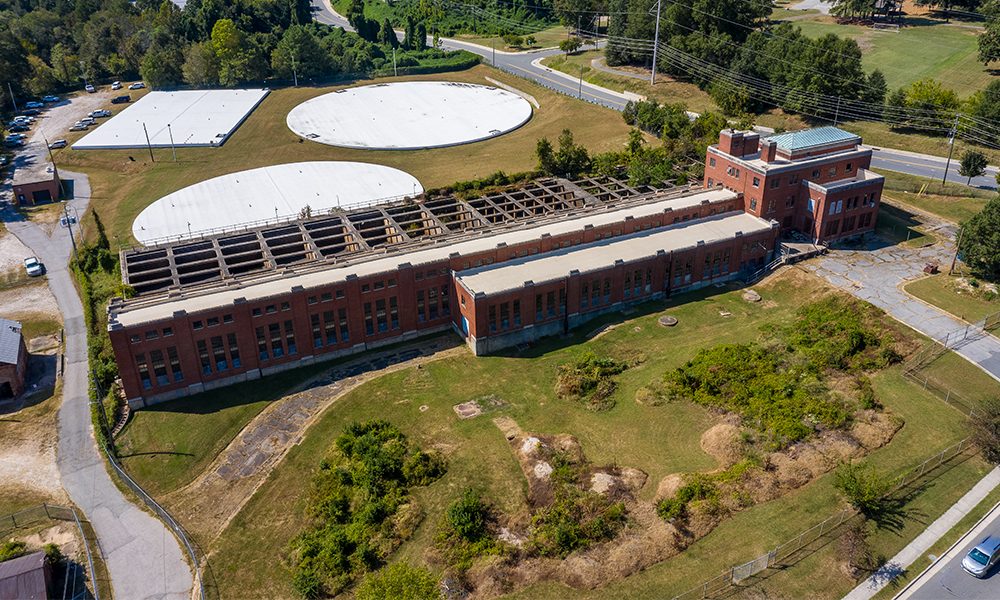 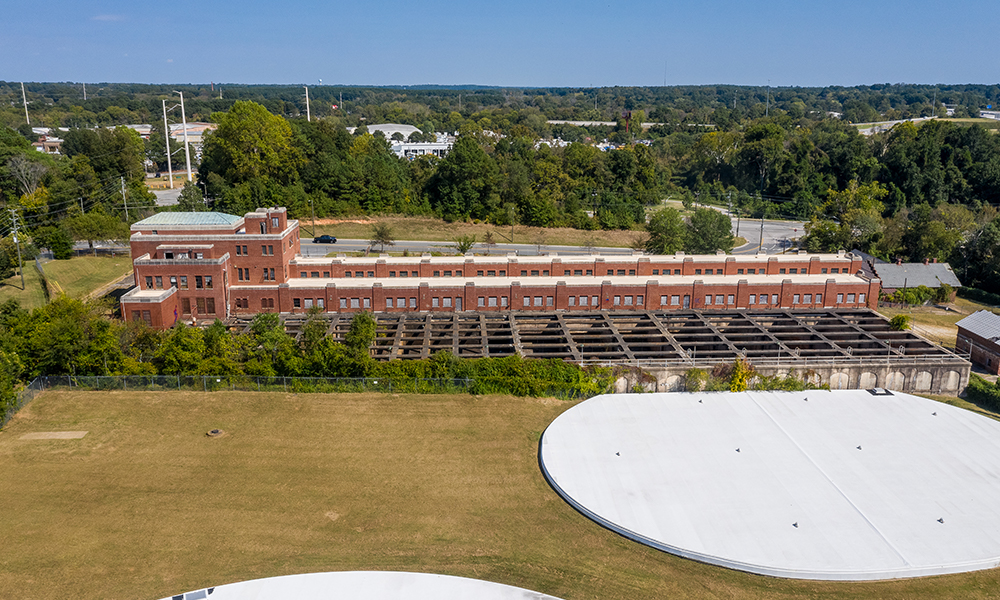 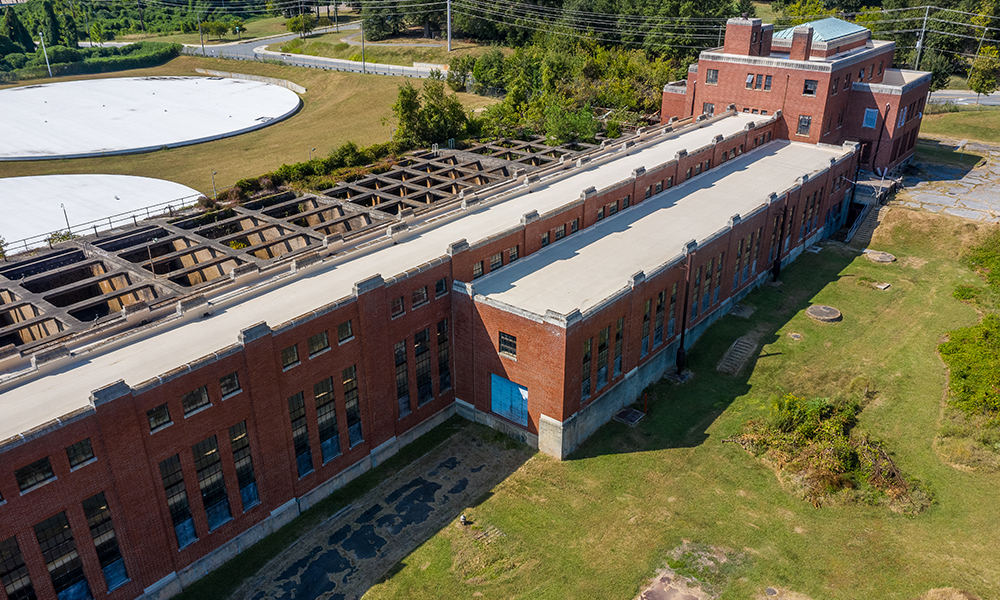 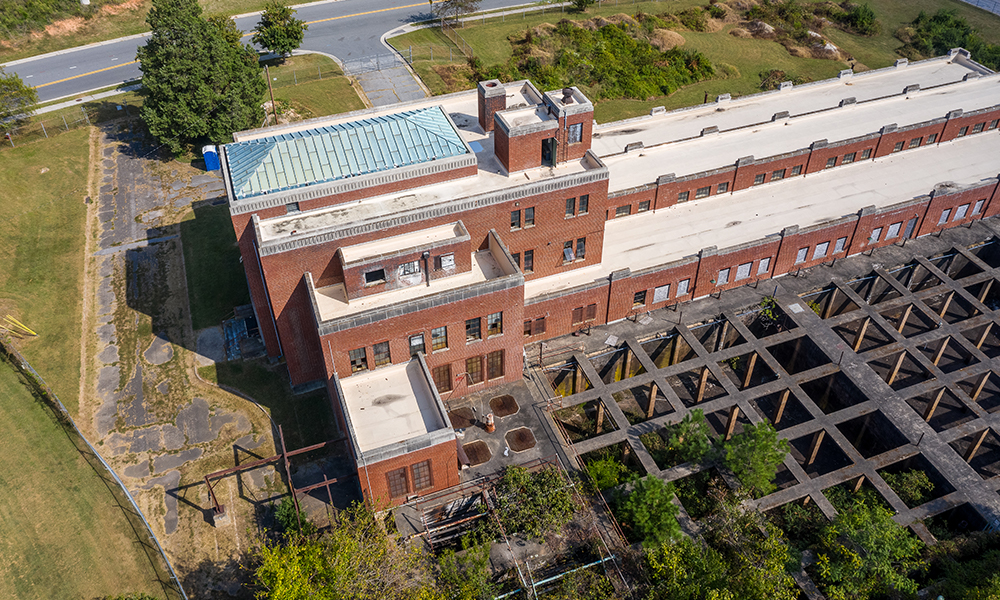 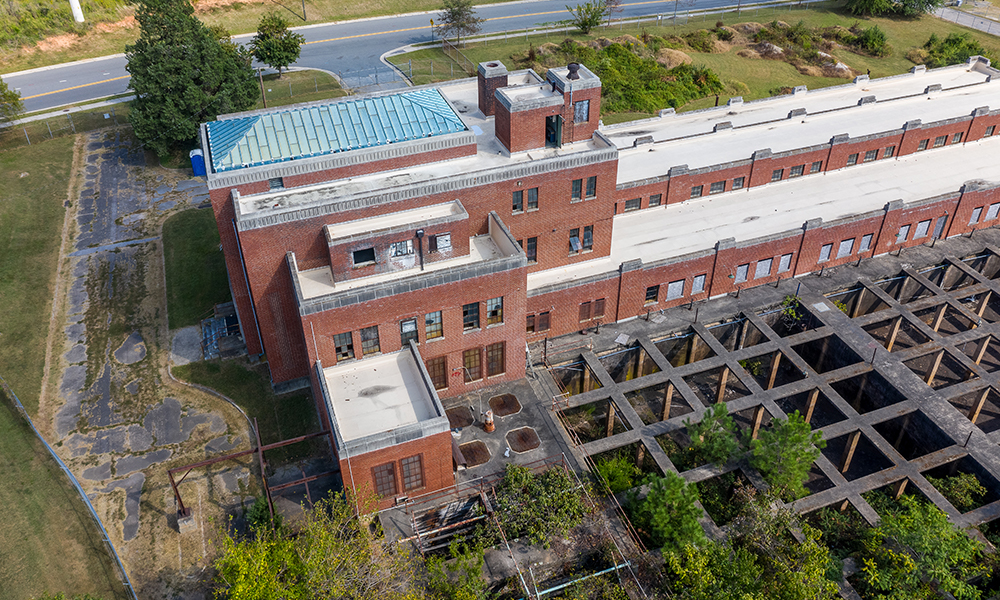 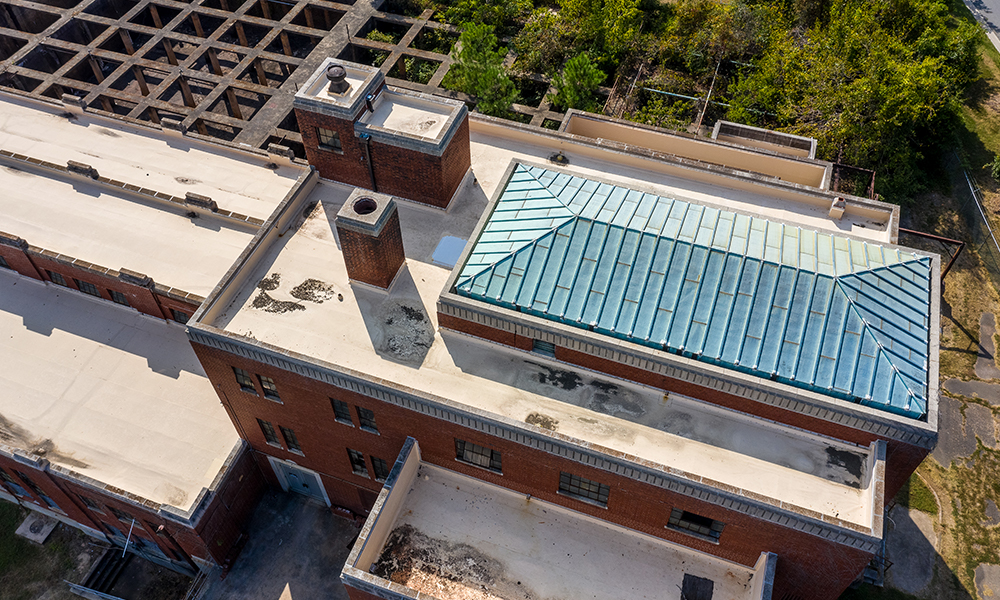 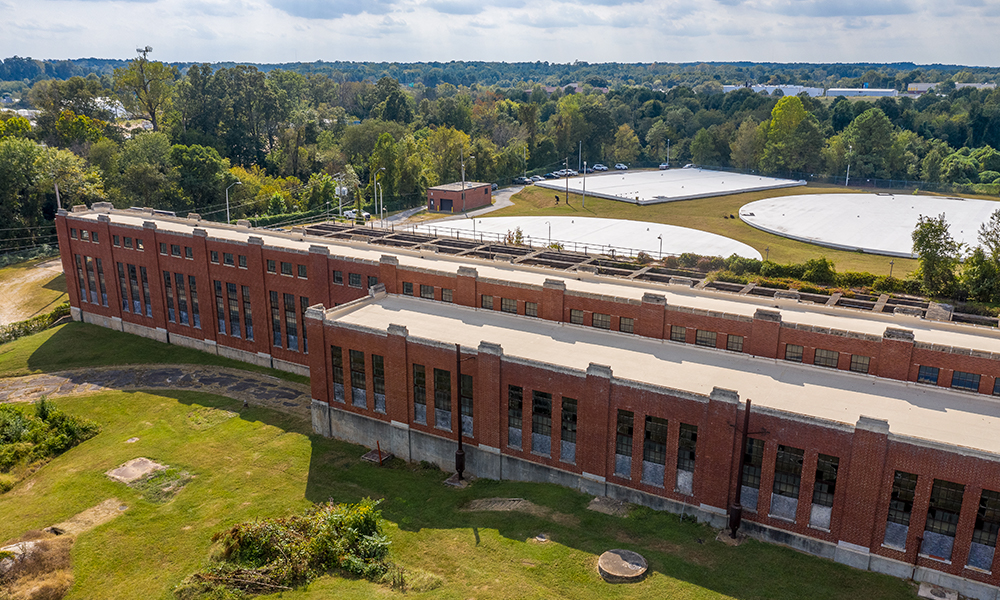