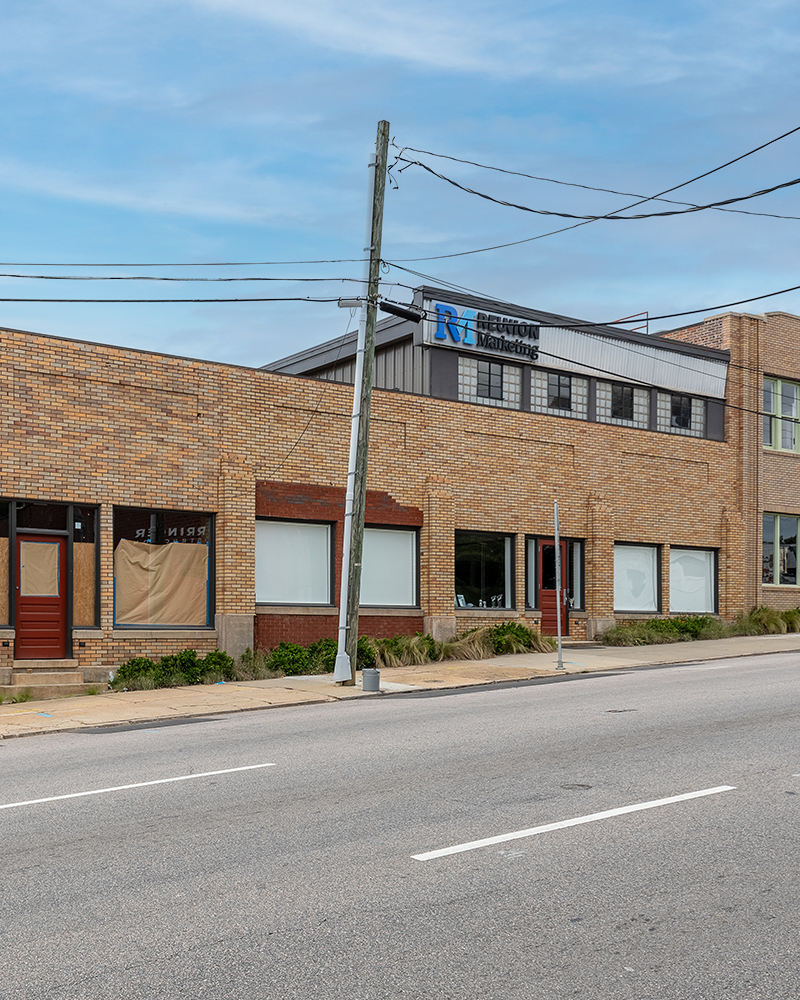 The Electric Motor and Repair Company built their first structure in 1937 on South Dawson Street, in what is today downtown Raleigh’s Warehouse District. The two story, three bay masonry construction warehouse possesses the large open space, concrete floors, and exposed wood joist ceilings typical of the utilitarian buildings that evolved around Raleigh’s railroad and distribution hub in the early twentieth century. To accommodate their growth, Electric Motor and Repair Company built additions wrapping around the adjacent historic Dr. Pepper Bottling plant. A first addition was built in the early 1940s, is located internally on the block, and is composed of perimeter block walls, steel beams and central steel columns. A second addition, built in the early 1950s, also used steel framing, beams, and columns; this addition wraps all the way around Dr. Pepper and the building that currently houses Crank Arm Brewery, providing the complex with frontage on West Davie Street.

In total, Electric Motor and Repair contains over 40,000 square feet. Empire purchased the property in 2013 and began a historic tax credit rehabilitation in 2014. The rehab progressed in phases—as tenants signed leases, financing became available to kick off construction—and was completed in 2017. Empire took extreme care to ensure that the historical integrity of the buildings remained intact. The buildings look and feel like the original, historic spaces; unseen and unnoticed are the structural repairs, the detailed finish restoration, and the careful integration of new features and modern electrical, mechanical, fire and plumbing systems needed to operate a building today. This was precisely the goal of the Empire team when they first set out to bring these buildings back to life.