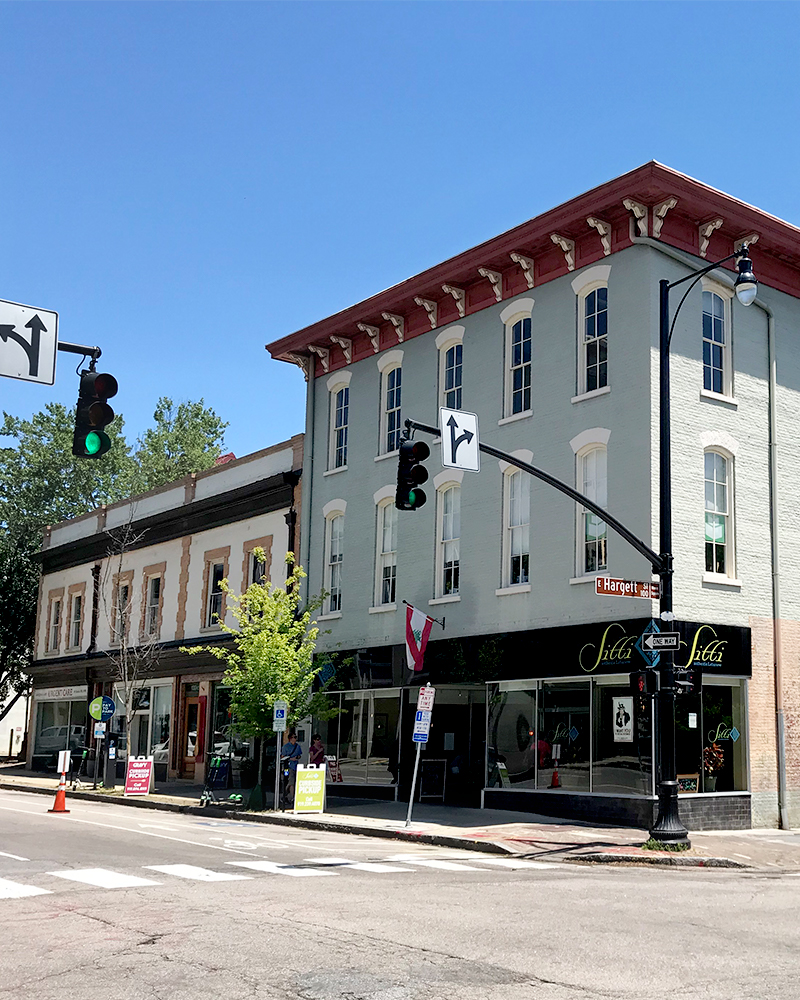 The Heilig-Levine complex at the corner of Wilmington Street and Hargett Street is comprised of four buildings, surrounding an interior courtyard. All four buildings are contributing structures in the Moore Square National Register District, and two (137 S Wilmington and 115-117 E Hargett) are designated Raleigh landmarks.

137 S Wilmington Street was built in 1872 in the Italianate style, and features tall arched windows and a heavy bracketed cornice. It is the oldest of the four buildings (and the oldest in the entire Empire portfolio of real estate). Built as a boarding house (The Carolina House), the building was subsequently converted into a hotel (The Central Hotel), furniture store (Royall and Borden Furniture), and grocery store (Morgan Grocery). In the mid-1930s, couple Albert Levine and Leah Heilig-Levine, bought the building and opened a furniture store. It continued to house the furniture store until 2002, when Empire Properties purchased it. Empire completed a historic tax credit rehabilitation of the building in 2006, and it is now home to Sitti Authentic Lebanese Restaurant on the ground floor, and to office tenants on the second and third floors.

131-135 S Wilmington was built in the 1920s in the early commercial architectural style found in Raleigh’s business district. Over the years it housed Womble Grocery, Art Craft Sign Shop and Marcus’ Famous Delicatessen, a Jewish-style deli that was an important part of Raleigh’s Jewish community. After Mr. Marcus died, Mrs. Levine took over the deli, moved it upstairs, and renamed it the Upstairs Restaurant. The restaurant remained a fixture for downtown businessmen and lawmakers until 2000. Following the historic tax credit rehab in 2006, this building has been home to a variety of retail and office tenants, and is the location of Gravy, Empire’s Italian restaurant.

111 E Hargett is a three-story wood and masonry building constructed in 1930 with a storefront on the first floor and evenly spaced tall, arched windows on the second and third floors. It was originally occupied by Koonce Furniture, and Heilig-Levine Furniture eventually expanded to the building. Empire completed a historic tax credit rehabilitation of the building in 2008, and it is now leased to various office and retail tenants.

Last, but certainly not least, 115-117 E Hargett Street was built in the 1920s and was a fixture of downtown Raleigh’s Black Main Street of the early twentieth century. The building was home to an African American lodge of the Odd Fellows, the longstanding Capitol Barber Shop, and many professionals serving Raleigh’s black community. The building was the subject of a tax credit rehabilitation in 2008, and retains its historic feel and charm. 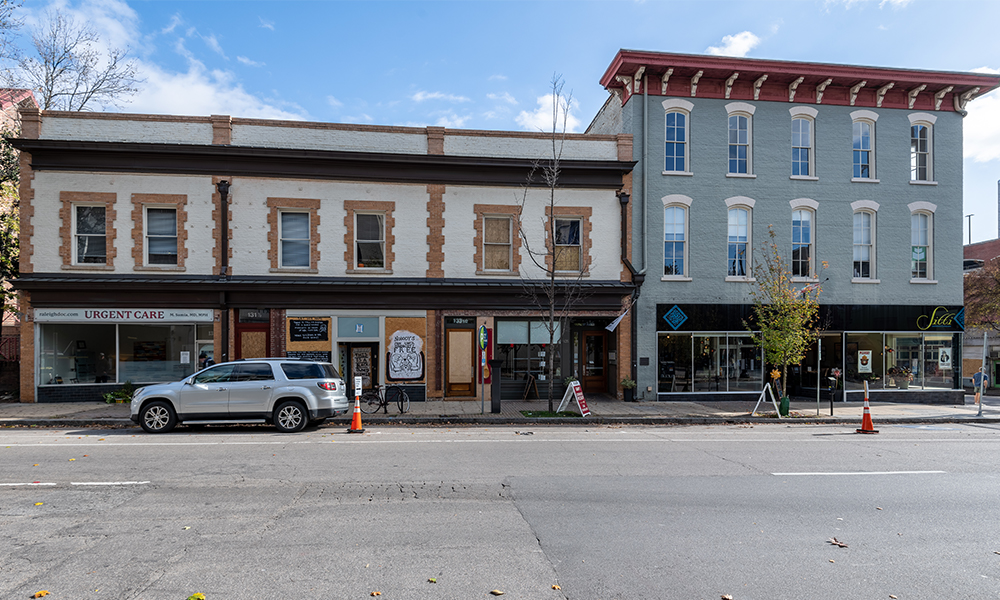 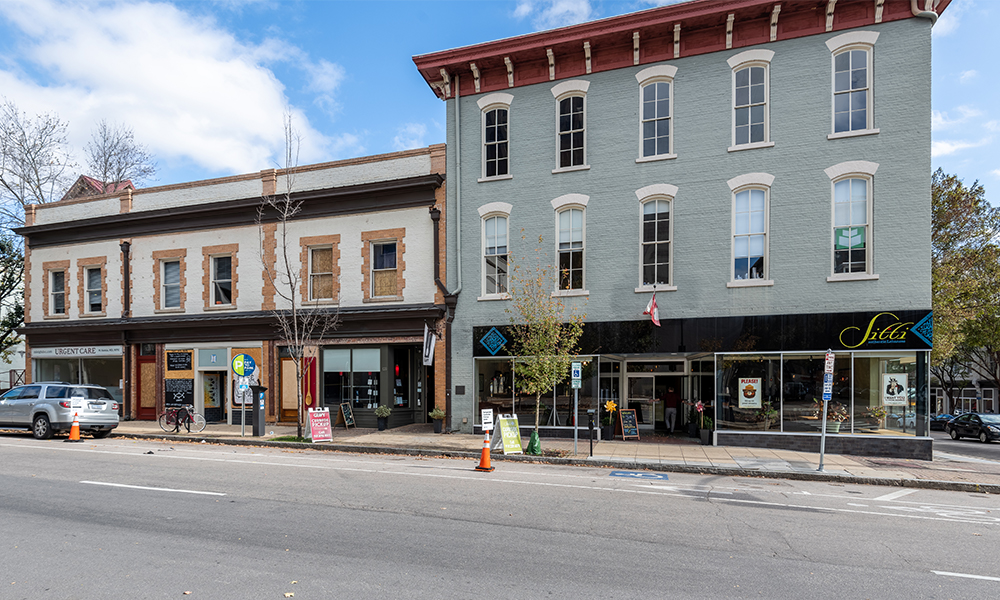 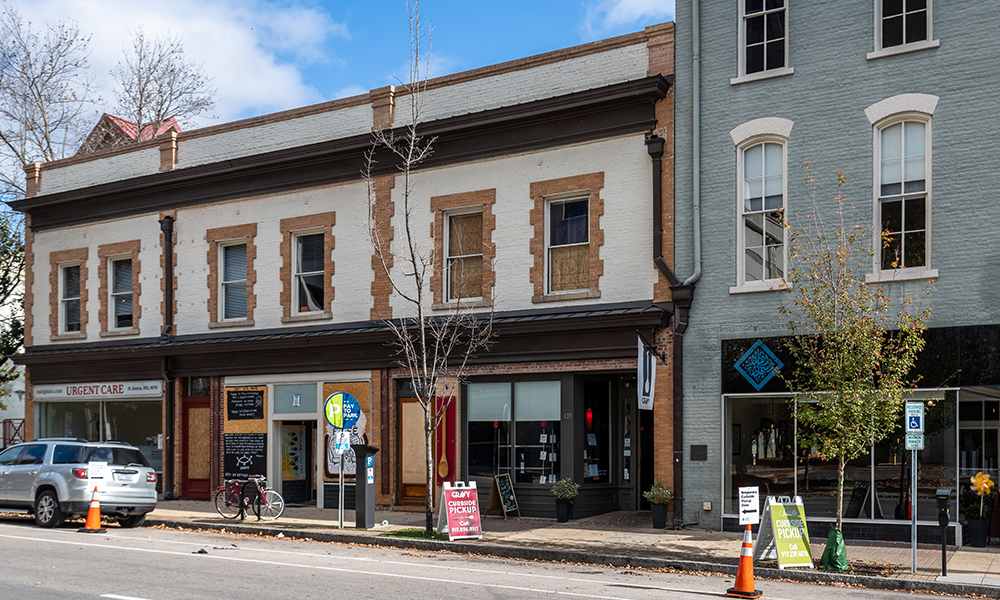 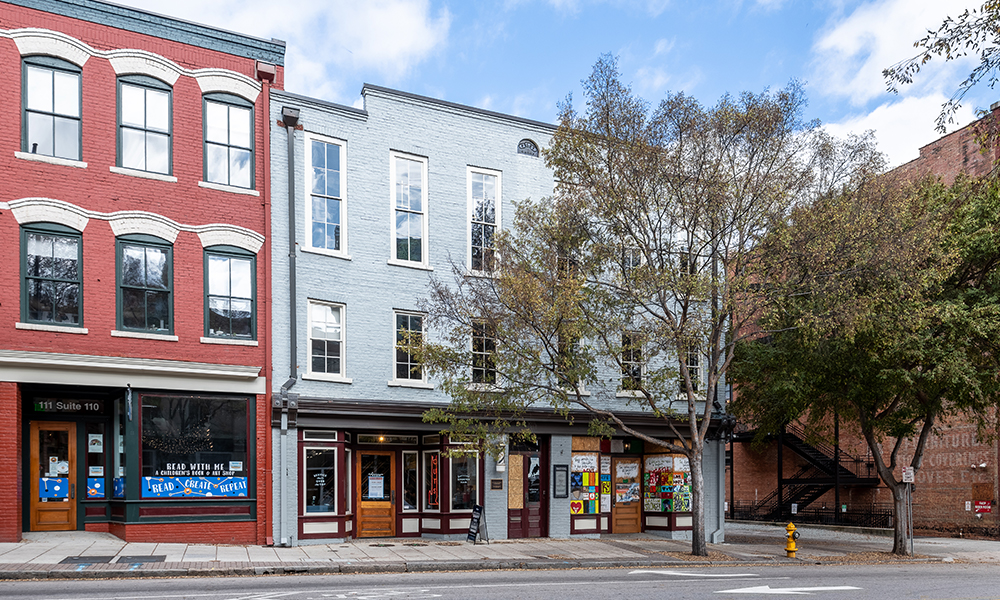