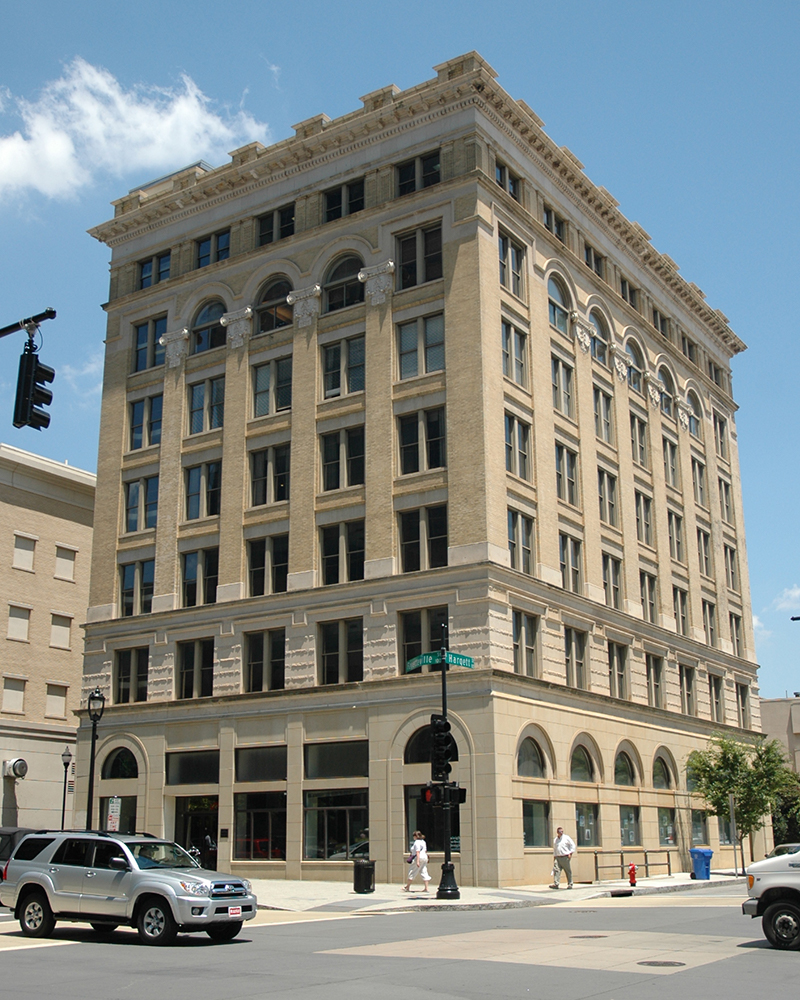 Built in 1907, the Masonic Temple Building is among the most prominent buildings in downtown Raleigh. The Masonic Temple Building was North Carolina’s first skyscraper—at the time, towering seven stories—and is the state’s oldest surviving steel-reinforced concrete structure. The building was designed by Charles McMillan, a prominent South Carolina architect, who used elements of Louis Sullivan’s architectural style including tripartite massing and decorative Beaux Arts ornamentation. Exterior finishes include Indiana limestone, tan brick and decorative terra cotta. The Masonic Temple Building is individually listed in the National Register of Historic Places, and was designated as a City of Raleigh Historic Landmark in 1979.

Empire Properties bought the Masonic Temple Building in 2001 and has taken care over the last two decades to make improvements to office and commercial spaces that are respectful of the importance of the building to the City of Raleigh.