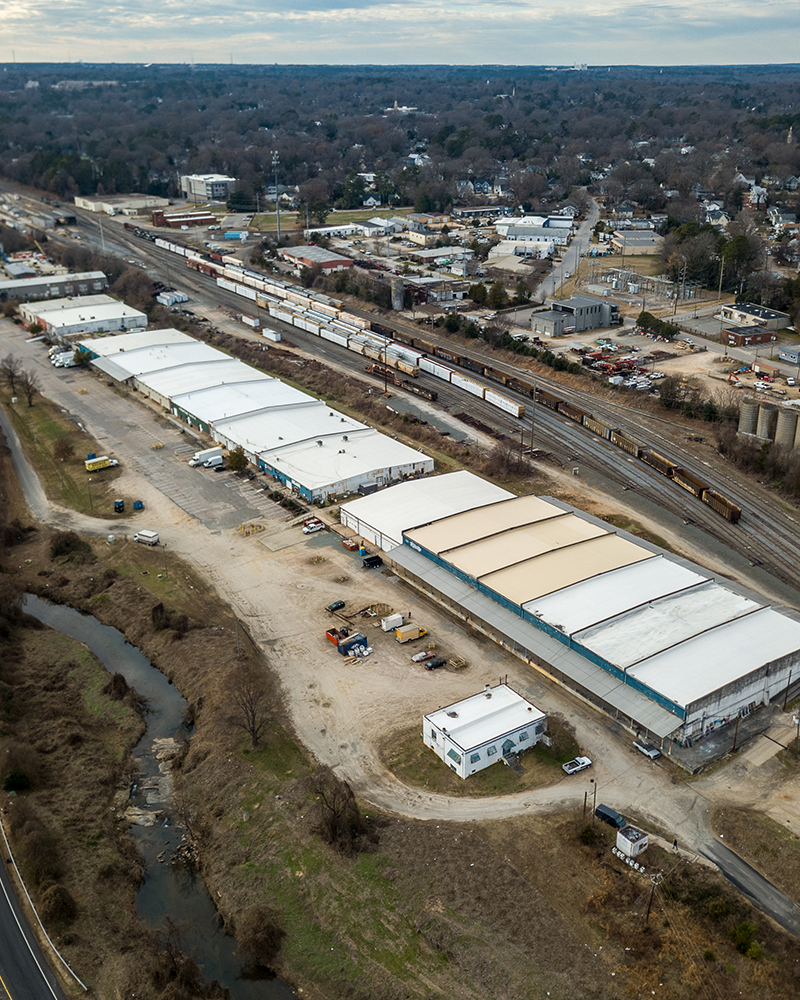 The Raleigh Bonded Warehouse complex consists of five buildings on over 15 acres, just north of downtown Raleigh, bordered by railroad and Capital Boulevard. The complex is a combination of 1) historically significant warehouses that are currently vacant and in development stages for large scale rehabilitation, and 2) non-historic warehouses that currently actively operate with flex, service, office and retail uses.

The historic portion of the complex was built in 1923 by N.E. Edgerton as a cotton warehouse. The warehouse is composed of 12 units, each 7,000 square feet, and a larger 15,000 square foot thirteenth unit. The utilitarian warehouse was built with reinforced concrete and heavy timber support posts and ceiling joists. The historic portion of the complex also includes two out-buildings--a 4,000 square foot office and a 5,000 square foot packhouse. These buildings are all on the National Register of Historic Places, and Empire intends to rehabilitate them according to the Secretary of the Interior’s Standards for Historic Rehabilitation. Empire is excited to bring these buildings back to life, and in doing so, to expand downtown Raleigh’s footprint and engage with a substantial and important site project (Raleigh’s Pigeon House Branch and planned greenway is located adjacent to the buildings).

The non-historic portion of the Raleigh Bonded complex consists of two large warehouse buildings constructed in the 1940s, totalling approximately 120,000 square feet over 8 bays. The buildings are composed of concrete block, brick, and (primarily) timber framing. The buildings have received significant upgrades and improvements since Empire purchased the property in 2005, and it is now home to a range of retail, service, and office users that value the high visibility of these buildings from Capital Boulevard and proximity to downtown Raleigh. 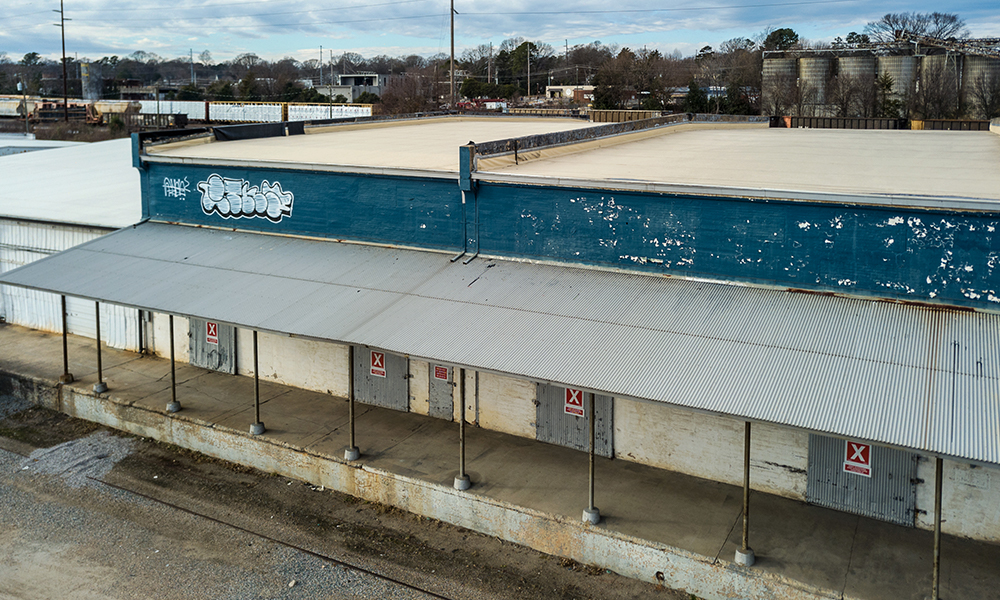 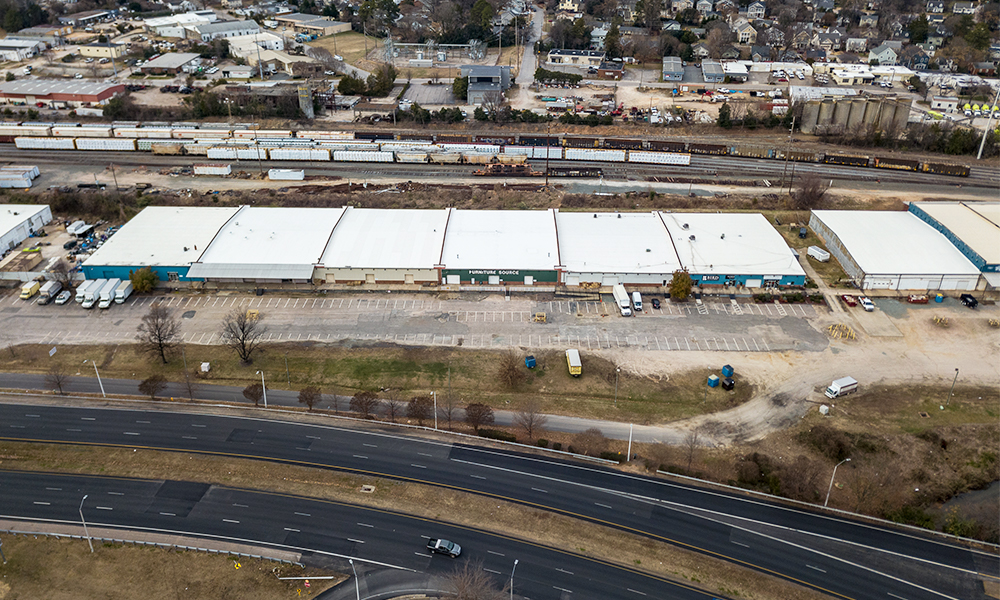 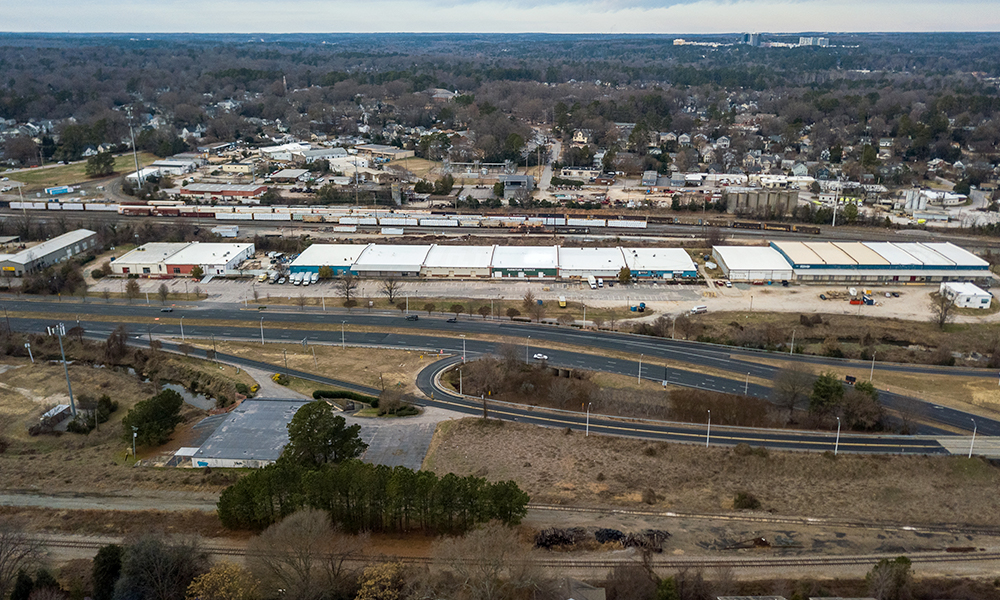